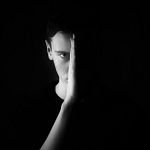 A Rock and a Hard Place

The title of this contribution to the monthly series on ‘men's health’ suggests something of the territory we find ourselves in when discussing what affects men and their mental health. Much like the eponymous magazine which sells "fitness, nutrition, health, sex, style, grooming, tech, weight loss, and more", men appear inescapably in the prism of performative health. They are often rocks with hard places, not emotionally complex humans with unyielding, unknowable hearts. Their currency is doing well – not being well – and this seems fundamentally part of their undoing. A sort of persistent view akin to the traditional narrative of ‘protector, provider’ that won’t budge and refuses to be moved on, despite the breakdown of gender, power, and privilege that is occurring throughout the West.

This isn't necessarily to suggest women's health and the beauty standards imposed on them are any more progressive within the media, but that the distinction is important: it is the sculpturing and strengthening of men's bodies that are often synonymous with health. But of course this strengthening – or armoring, to speak to a concept within Wilhelm Reich and Embodied Relational Therapy – comes with a tremendous price: the hard place of the heart. This protection, like most collective trauma, is socio-cultural and historical, and cuts off, disconnects, and isolates men.

Why is all this important? Therapy when it’s going well – whatever that might suggest – usually begins with and might even be at root about finding a shared view. And so what of this persistent view of men that won’t budge? Too often the suggestion seems to be to encourage men to look past what they look toward – performative doing – and share their feelings, or to go further and ‘feel like women feel’ even. But as Gillian Bridge (2020) argues in her article “Why feelings are overrated: is talking about how they feel always what clients need” therapy can become shortsighted in offering a culture that is merely for people that ‘feel like us’. Can we really welcome men to create the space they need? Or are we telling them to come stand where we stand and look at what we look toward?

Therapy can be a struggle for anyone to make contact in. But entering therapy appears to be harder for men. Speaking about how they are feeling – often prized within the therapeutic culture – is evidently more challenging for men. They do it far less and without support are more likely to commit suicide in greater numbers than women. Of course, it’s difficult to be general about anything 'men' these days, but their roles are changing and for many, it's difficult to know where to go, while the suggestion of their need to grow is stated in every which way: within themselves, out toward the world, and into the middle of their relationships. Be better, essentially: the message of “men’s health”. Therapy can help with this exploration – even the dilemma of being told to grow. It can help men find their own way, which is a challenge for everyone in our neo-liberal, consumerist society. But if therapy is to truly offer this to men in a way that is therapeutic it means to also go where they are and meet them there, rather than just calling them to us and hoping they’ll arrive.

This of course can be difficult. Often it is easier to ignore that the patriarchal structures that inhibit the freedom and expression of women betray and limit men also – focusing instead on where they are disproportionate – but men require a space to work through this historical trauma too. For this to happen, however, it means to first create the space with them. Yet this reluctance or inability to meet them where they are means they are increasingly being left behind – often separate, alone, and increasingly hardened to themselves and others. They won’t enter into a therapeutic relationship because whatever it appears to be, it doesn’t appear to be for them.

Having spent 10 years practicing Brazilian Jiu Jitsu I’m accustomed to making contact with men in very real, tangible ways. There is a frame for practice, much like therapy – similarly ritualized so that it feels safe enough to express yourself and be met by another doing the same. It is not only a space of men of course, but they are drawn to being there more than women are (by numbers) and whether conscious or unconscious, are able to work through the various ways in which they themselves feel the threat of other men. It has been my experience that many arrive with a narrative of self-defense, or ambitions around the protection of self/others and end up affected by the deeper values of community, connection and play that emerges through the art. It’s what fundamentally makes it therapeutic.

Therapy with men can walk this line too and is often concerned with these values at its core. But for this to happen there needs to be a space created for it, which is a current challenge and one that very prominently impacts ‘men’s health’ because it’s often imagined for them, not with them. Equally, if we are to meet men and create something therapeutic we need to show up in a way that suggests we have skin in the game, to quote Nick Totton. To be involved in a way that shows you are actually there and have something to lose. This is the way out of a Rock and a Hard Place: to take a risk on men and find a way to see beyond this image that ties them to protector, provider, and perpetrator while acknowledging that it’s still where we are.