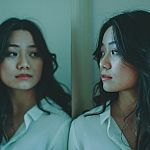 I was so excited to see my sister again - finally, after so many years. I stepped out of the car and scanned the surrounding area, looking for her. A woman I hadn’t really noticed and whom my eyes had skimmed past walked toward me, calling my name. I stared at her for a moment before realising… this was my sister?

Her frame was emaciated, gaunt, and hauntingly pale. Large wounds speckled her skin - she would later tell me that it was an effect of the heroin, making her think bugs were crawling underneath her skin and driving her to the point of insanity in trying to dig them out from her own flesh.

We drove up north, back home, for her to recover and us to offer some comfort from the horrendous aftermath of heroin withdrawal. It was shocking to see how chemical dependency had changed my childhood role model. She was my first degree cousin by blood relation, but we had grown up together as sisters: Being two years older than I and one year younger than my blood-borne sister, we all fought and played and laughed and explored life together as sisters. We were the ‘three musketeers’, and she was the person who gave me my first gemstone, taught me the healing benefits of massage and crystals, and impressed me with her kindness shown by offering food and gifts for fairy spirits.

That was in 2013. Seven years and two open-heart surgeries later, she now lives in California with the heart valve of a pig inside her own. Due to use of a contaminated needle, a serious infection reached her heart and caused her to face death on the operating table. Twice.

The Brain, Chemical Addictions, and Rewiring the System

Numerous studies have been conducted in over the past decades involving the body’s electrical system, chemical imbalances and fluctuations in hormone levels. No longer viewing drug addiction as a ‘choice’ or a ‘habit of people from lowly means and backgrounds’, it’s now widely accepted in medicine and scientific understanding that “drug use leads to structural changes in the brain that motivate the affected person to keep using drugs”.[1] This is reflected in the very words we use to describe what’s happening: “Drug abuse” implies greed or gluttony; “Chemical dependency” reflects this very real, physical problem from which many people suffer regardless of upbringing, background, ethnicity or possible reasons for starting to take legal or illegal substances in the first place.

ElectroEncephaloGram (EEG) readings of the brain along with simultaneous audio visual stimulation of the brain can help recovering addicts ‘re-train’ their brains in a process called Neurofeedback.[2] The first years of sobriety (in the case of alcohol) or abstinence (in the case of drugs) are the most challenging for people recovering, and have been shown to be the times when the brain is most volatile (See previous footnote for reference).

A randomised, controlled trial by the University of California Los Angeles in 2005 involved over 120 participants on the effects of Neurofeedback on addiction recovery. It was published in the peer-reviewed American Journal of Drug and Alcohol Abuse and titled, “Effect of an EEG Biofeedback Protocol on a Mixed Substance Abusing Population.”[3]

Recovery was, in summary, found to be considerably higher in those receiving Neurofeedback therapy: Rates of relapse were lower and chemical stability of the brain was much more stable than that of the control group who did not receive therapy.

More studies have been subsequently performed on the positive effects of Neurofeedback on mental health as well as abstinence rates in opioid addicts.[4]

Is Neurofeedback Available in the UK?

Yes, but it is neither covered nor endorsed by the NHS.

Personally, I remain quite skeptical of any treatment that hasn’t been researched thoroughly and adequately, which includes peer reviews and independent analysis. Whether the NHS is praised or whinged about, the fact remains that there are strict systems in place for our own protection. I speak from personal experience, unfortunately, having grown up in the United States. My aunt was prescribed an oral anti-nausea drug during pregnancy. Decades later, it was found that the drug renders the fetus - after birth and after reaching puberty - sterile. My aunt’s daughter and thousands more women across the US are now unable to conceive because a drug came to market too quickly. The consequences are very real.

Even from my own experience practising here in Bristol, I have come across heart-breaking stories from people who were ‘helped’ by natural or complementary or alternative medicine not endorsed by the NHS. One such example was covered as a case study in a recent talk I held [5], where a person was convinced into giving up the beloved family pet and paying huge amounts of hard-earned money to make elaborate changes to their home -- all due to alleged allergies.

That being said, I do remain quite optimistic that with enough persistence, transparency, and accountability, we can and will make Neurofeedback and similar types of Frequency Medicine widely available and affordable for the general public. Whereas Neurofeedback focuses solely on the brain, Biofeedback focuses on normally unconscious physical processes and - for a limited scope of use [6] - is covered by NHS.

Well, I guess the NHS isn’t so ‘old-fashioned’ and ‘slow’ after all, now is it? And although our ‘cousin country’ across the pond may be quicker at the uptake of some new advances in obscure and novel medical technology, we must remain both realistic and optimistic; ‘Thinking outside the box’ and offering a new perspective when peer reviewing research can bring us forward in ways unimaginable. Often a new way of thinking or a different form of measurement can bring about breakthroughs in our understanding of medicine.

By collaborating, peer-reviewing, learning from one another and working together, we can provide age-old questions in healthcare with modern, technological answers.

About the guest author: Originally from the US, Kasey now uses frequency medicine technologies in her Bristol-based practice to offer help to sufferers of chronic symptoms and idiopathic conditions, using a variety of PEMF therapy, Neurofeedback and Biofeedback. Read more at https://BiofeedbackCentreBristol.co.uk.