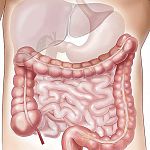 What does your gut tell you?

The benefits of a healthy gut extend far beyond digestion, absorption and excretion of what we eat. The health of the gut’s complex ecosystem has also been conclusively linked to psychological wellbeing. If there was ever any doubt, it is now scientifically verifiable that our guts affect our moods. In recent years online health gurus and a number of GPs have echoed what naturopaths have long advised: maintaining healthy gut flora by eating bacteria-rich foods and avoiding antibiotics as much as possible, can lead to improved physical and psychological health.

In Autumn 2001 I met a retired gastroenterologist or gut doctor called Wencelas at his café on the west coast of Mexico. Wencelas, who looks like a Mexican version of Little John, told me something I often recall. “There are only two important things in life: what you put into your body and what comes out of it,” he said. I took his words literally, lavishly complementing the banana cake he had just served me as something my body needed inside it at that moment. But Wencelas’ philosophy was more subtle. Over a cup of his homegrown coffee, he explained in more detail. Most of life’s experiences pass through the gut, he told me, just like the banana cake you are eating. Keeping your guts in good condition is essential, which is why I have insulated mine so well, he said rubbing his ample stomach.

Wencelas’ theory was that we put ideas, aspirations, emotions, knowledge and memories into our bodies as well as food and drink, all of which get processed in the gut to some degree. Sometimes these experiences can be pleasurable and nourishing. Other times we get spiritual, emotional, intellectual or actual diarrhoea. And most often he said, we get some good stuff which we need, as well as garbage which is best shat out. Beyond the poo jokes, Wencelas was introducing me to a holistic notion of wellbeing, and the central role that our gut plays in processing the welter of information and sensory experience that we are all subject to.

In Western countries, the brain has largely taken over as the accepted organ of processing information and experience. Conventional Western medicine supports Descartes’ famous declaration, ‘I think therefore I am,’ by giving primacy to cognitive processing located in the head. Similarly, in the talking therapies from Freud onwards, the head and brain are given a lot of attention. Consciousness, the subconscious and the unconscious are usually seen by ‘head doctors’ as layers of mind centred in the brain. There is little written about the gut in psychological theory. Even Wilfred Bion, who was interested in how therapists help to ‘metabolise’ material that their clients struggle to ‘digest’ and integrate, saw this very much as a mental process. Has a trick been missed here?

From 18th Century scientific investigations of globules and neurones onwards, the brain has been seen by Westerners as a kind of organisational centre controlling our every thought and act. It has only been relatively recently that scientists have begun to look more closely at the gut as a ‘second brain’ and study the sophistication of the enteric nervous system which governs the gastrointestinal tract. This has led to some remarkable discoveries. A 2018 study found that the gut and brain are directly connected and capable of transmitting electrical signals backwards and forwards via synaptic communication. It is now proven that the human gut contains over 500 million neurones. This means that part of the structure and function of the gut includes the processing and communication of intelligence, which was previously only believed to occur in the brain. The enteric nervous system is also capable of functioning completely independently of the sympathetic and parasympathetic nervous systems. Consequently, our guts have autonomy and can act on their own aegis, as well as communicating with the brain and other areas of the body.

These twenty-first century scientific discoveries sit intriguingly alongside Traditional Chinese Medicine and the Chakra system originating in Hindu meditative practices. These ancient wisdoms, both of which have been traced back to approximately 500 BC, suggest more spiritual and energetic processes take place in our intestines. Our guts traverse two energy centres known as the Root and Sacral Chakras.  The Root Chakra represents the body’s physical connection to the ground and essential homeostatic processes like breathing, eating and sleeping. Emotionally, the Root Chakra is about trust and basic security. Trusting your gut as to whether something feels safe is familiar to many people. This is an underused skill in contemporary Western society, in which cognitive processing is normally more highly valued. A balanced Sacral Chakra helps us to relish the good things in life without overdoing them. The enjoyment of good food, sex and the will to live originate in the Sacral Chakra. We could say then that our appetites and desires also originate from the Sacral Chakra, and can be felt in the gut. When we say we are gutted, we usually mean that our desires and appetites have been thwarted. This can be a very physical experience, akin to having all the stuffing knocked out of us.

Traditional Chinese Medicine (TCM) separates the small and large intestine into two distinct organs each with its own energetic frequencies, in addition to their physiological functions. The small intestine, paired with the heart, is a fire element in TCM. Together they are associated with summer, heat, happiness, sociability and raised passions.  The large intestine, paired with the lungs, is a metal element. It is seen to regulate our ability to hold on to or let go of, emotions, relationships, thoughts or even possessions. According to TCM, the small and large intestines are located near to and influenced by the Lower Dan Tien, our main energetic centre of bodily experience and connection to the earth. As with the Chakras, TCM understands and works with the ability of our guts to ground us.

The importance of the gut is also embedded in language. To spill our guts, is to reveal all. We talk about having the guts to do something. And a gutsy person is seen to be brave. To say it took a lot of guts is a way of complimenting people who have achieved something that stretched their capabilities and/or involved difficult choices. Some people are motivated by and rely on their gut instinct. All of these common sayings can be applied to therapy. It takes guts to face all the bits of ourselves we would rather shove away somewhere out of sight. To share these less attractive parts of ourselves with a therapist in the hope they can help to sift through the murk for golden nuggets of self-development and healing is a leap of faith. It requires trust.

The more I learn about the gut, the more Wencelas’ words (almost twenty years ago now) resonate. When working as a trainee therapist I sometimes feel things in my gut about clients that are unknown in my head. There are levels of communication that completely bypass the brain. The head brain that is. I have come to understand my gut responses as part of a more direct, raw form of communication than spoken words registering in the left-hemispheres of the occipital and posterior temporal lobes of my brain. How extraordinary that our bodies are also capable of reflex, peristaltic waves of ‘getting’ another person. Using both the head and gut brains can provide an intuitive glimpse of the fullness and multi-layered complexity of another being. When this happens, it usually leads to deep insight. I wonder if it is also a sign of robust gut health.