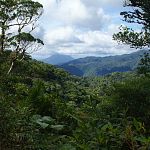 The Importance of Spending Time in Nature

There are certain things that are just good for you, you can’t really argue with it, they just have a positive effect on your health. Things like regular exercise, a healthy diet, laughing, and spending time with friends all just have a positive influence on us. The other thing I would add to this list is spending time outdoors in the natural environment. Whether this is going for a walk in a forest, hiking up a mountain, or just spending a bit of time in your garden, it naturally has a positive impact on you and your health.

The problem is that nowadays a lot of us live in cities and we rarely see green space. We spend a lot more time indoors, on computers and not moving and if we do go outside we are bombarded by artificial stimulus and noise. Having a lot of other people around, as well as traffic and higher levels of noise can overwhelm our nervous system.

In contrast in the countryside, there is less stimulation and the noises you hear are not mechanical and harsh. They are softer sounds such as the wind blowing, trees rustling, and birds singing. There are fewer people around and there is less stimulation, so it gives us and our nervous systems a chance to relax and switch off. Looking at green and brown colours is more calming than looking at concrete and neon.

The positive influence of spending time in nature has been backed up by studies showing it has significant benefits for our health and well-being. Researchers at the University of Derby (Richardson et al., 2016) along with the Wildlife trust created a campaign to get people to engage more with nature over a 30 day period, it was called ‘30 days wild’. The campaign provided ideas about how to spend time in Nature and gave guidance on activities people could get involved in. These things could be very small such as taking the time to watch a butterfly or smelling a flower. They found that by doing this people reported a significant improvement in their happiness, their connectedness to nature, and pro-nature behaviour, after the 30 days trial.

Other studies report that having green spaces in cities and regular contact with the natural environment has a positive influence on our mental and physical well-being (Hartig et al., 2014, Maller et al., 2006) and could make people more resilient when dealing with stress. Researchers in Brighton (Gould van Praag et al., 2017) found that listening to natural sounds and images had a relaxing effect on our nervous system compared to artificial sounds and images. They found there was a shift towards parasympathetic activation and alterations in the default mode network in the brain, during the natural sounds compared to artificial stimulus. The default mode network area of the brain that has been associated with daydreaming and non-task focused activity and the parasympathic nervous system is involved with rest and relaxation, in contrast to the sympathetic nervous system, which is involved with fight or flight responses.

Overall, there are huge benefits from having regular contact with nature. If you find that you are too busy to set time aside, that’s probably when you need it the most. Why not have a look at the 30 days wild trial to find some simple tips about connecting with nature. It might make it easier to fit it into your day.

Did you like this blog? You may want to read another blog from Matt Kinal called Finding awe in your local area. Click here to read it.