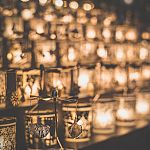 Spirituality – making peace with our parents

Spirituality. This is an interesting word that could cover such a wide range of applications.

For me, it is very simple – making peace with our parents. Everything else follows.

Through the constellation work, we get to see that spirituality runs through everything. Oneness, the inter-connectedness of all, or as Charles Eisenstein calls it ‘inter-being’. I first became interested in constellation work in 1996 when the founder, Bert Hellinger first visited the UK. There were no trainings available at the time. I was so taken by it, I wrote to Bert and asked what I needed to do in order to this work. He wrote back: All you need is to be at peace with your parents. This was such a simple sentence but so profound. My first piece of work with constellations, which was with Hunter Beaumont in 1997, was an interrupted reaching out movement towards my mother.  From that moment, I had a blissful relationship with her for the next 18 months when she died.

The previous feeling of emptiness I had, disappeared completely. It’s not that I have had no pain since then. Of course, life is not like that but what has changed irreversibly is that I’m no longer searching. I no longer feel empty. My inner critic is practically non-existent. This is spirituality for me. I call it ‘Coming Home’ – coming home to myself, finding a feeling of peace inside.

Many people travel all around the world, following spiritual ‘gurus’, searching for a kind of peak experience or inner peace. They may also take various drugs to reach that same place, which in the olden days people reached through religion (and in some cases still do). They don’t realise that the best place for those experiences is right next to you, with your own mother and father.

We have sadly, as a species, developed to believe in dualism – right and wrong, good and bad, victim and perpetrator, supremacy over others, supremacy over the planet and all that is. We approach things from a linear, left-brain, individualistic perspective and do our best to make meaning out of everything. A man who commits murder is a perpetrator, so we lock him away so we don’t have to think about it anymore. “Oh, he’s bad, so that means I’m good.” I then lock away that shadow side of myself.

One of the veterans of constellation work was doing a constellation in someone’s home. He had set up a family and someone in the family had been murdered. He brought in a representative for the murderer. The whole family was raging at him – understandably of course. He had killed one of their family members, but then the family dog walked into the room and he immediately went and lay at the feet of the ‘murderer’ who collapsed in tears. The family then softened and saw he was just another traumatised person, as they were.

Founder of constellation work, Bert Hellinger, was a Roman Catholic priest for 20 years and he spent 16 of those 20 years with the Zulus in South Africa. He saw they had a different kind of spirituality. They ‘lived’ with their ancestors, communing with them every day. Their most common greeting was ‘Ubuntu’ I’m here because you’re here. When he returned from South Africa he left the priesthood, did all kinds of therapy, and ended up running groups in the South of Germany. Here he began experimenting with some new ideas and saw patterns emerging in families across generations. He started using the work in Germany, where the perpetrator energy was so strong from the war. I witnessed some deeply moving constellations to do with Nazis and Jews.

In one he chose a line of German men to represent the persecuted Jews and another line of men to represent the Nazis and stood them opposite each other, just looking in silence. It seemed like an eternity that they just stood looking at each other with no movement and no sign of emotion. Then he placed the mothers of these men behind each of them and these mothers began wailing and sobbing saying: “This is my son. He’s no different to your son. You are the same.” At this, these men slowly began to sink to their knees, themselves sobbing by this stage. On the ground, victim and perpetrator embraced.

On another occasion, he worked with a Polish woman who had lost around 20 relatives in the Holocaust. He lined up 20 people to represent these victims and he walked along the line with her as she bowed deeply to each one. We were around 200 people in the room and you could have heard a pin drop. Such was the atmosphere at the time.

When I first heard Bert Hellinger say these words: “All psychotherapists are just trying to save their mothers.” I was really shaken but I became a much better therapist as a result!

When I had moved fully towards my mother (and later towards my father), I saw that I was just the same as them, that they too had been traumatised in many different ways and like me as a mother, they too were just doing their best. Paradoxically, that enabled me to separate from them. And I felt a deep level of self-acceptance after that. I had 18 blissful months with my mother before she died. And I fully embraced my spirituality. I saw how the world just holds up a mirror to us. We see what we want to see – all the time.  This amazing planet of ours is both completely horrific and exquisitely beautiful and it all depends on what is going on in our lives or how we make sense of what is going on, which dictates whether we see the horror or the beauty.

Leaning against a tree, feeling its strength, its rootedness, its longevity I see that I too am a tree. I have deep roots, I’ve been around a long time too. I’ve seen a lot too just like the tree. I’m strong too.

Being at peace with ourselves, our parents, nature, Covid, all that is.

This is true spirituality for me.