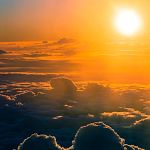 A Solstice Reflection - So too the World

Who would have thought at the beginning of the year that we would be where we are? And who knows exactly where that is?

If there is one thing we can all agree on it is that we are living in uncertain times!

As a psychotherapist, when considering the troubles of the world, I sometimes ask myself, if the world were my client how would I be in relation to it? Coming from the perspective that symptoms are, as James Hillman put it, “the royal road to the soul”, how might I allow the space for the symptoms to do their ensouling, recognising that, in truth, I have no idea what’s going on here, held steady only by a deep trust that, as Dame Julien would have put it,  “all shall be well..”

As a psychotherapist, my job is to hold the space for my client and to quote another therapeutic luminary Joanna Macy, “bear the gaze long enough to be of service”.

Symptoms are a surface level manifestation of a deeper level cause and their “job” is to bring awareness to the cause. Trying to get rid of them, whilst understandable, fails to recognise their value in service of awakening. (I often quote the analogy of rearranging deck chairs on the deck of the Titanic. The politicians will, I suspect, on our behalf, be doing much of that in the coming months!) It is for this reason that any attempt to return to how it was, not only is not possible but also, represents a failure to understand the deeper opportunities they offer with potentially cataclysmic consequences. (Failure, in the case of the Titanic analogy, with tragic consequences, to recognise the gaping hole in the ship beneath the waterline.)

So it is that I feel quite calm and cautiously excited by the current “unprecedented” crisis, much in the same way that I do when the client arrives in the room for the first time, knowing that their arrival at “this place” (which wouldn’t have happened without symptoms) and unburdening themselves is the beginning of a deeper possibility, a deeper realisation for them. So too the world.

Similarly, as with the client, they need to “travel through” in order to heal and I have to bear witness to the pain and suffering they are experiencing. I have to feel with them and allow myself to be touched, all without losing my position as witness. So too the world right now. That, for me, IS the practice.

As a psychotherapist, and someone who is holding the space for this deeply important work, I see my job, my “calling”, is to hold steady in the knowledge that there is a deeper unfolding here and the best I can do is to return again and again to the deep faith, the still point, the recognition, to paraphrase Camus, that in the depths of winter I can, indeed, find within myself the interminable summer. So too the world.

So I’ve learnt
Along the way
That nothing is only
One thing
The behaviour that surfaces
As river
Has many small springs
Feeding its flow
Observe
Be interested
Give a thing time
Bear its gaze
To deeply understand something
Is never to judge it.

“Someday, after mastering the winds, the waves, the tides and gravity, we shall harness for God the energies of love, and then, for a second time in the history of the world, man will have discovered fire.”
Pierre Teilhard De Chardin