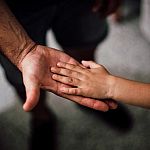 We are familiar these days with the idea that our mind, emotions, and body affect each other, and can be considered as parts of a whole, rather than as separate entities.

In everyday language, we have many expressions of this such as ‘she died of a broken heart’ or ‘he could not stomach it’. We may know people so shocked to hear that they are suffering serious illness such as cancer, that they die far more rapidly than their condition would warrant as if the shock of the diagnosis itself hastened their death. Pain can cause irritability or depression. Hormonal changes can affect mood, such as menopause or premenstrual syndrome.

Our mood can influence our choice of foods but is in turn influenced by which foods we eat.

It is quite clear that when relaxed, our breathing is deeper, quiet, and even. Whereas, in states of discomfort or panic, it will be shallow, higher, and constricted.

Sleep will be lighter, shorter and restless when we are distressed; or we might sleep for long hours yet still feel unrefreshed when we are troubled.

Some ways of helping ourselves:

Of course, we can seek out all manner of holistic treatments such as massage - the body often holds tensions and emotions which can be released with effective touch, while energy may flow more freely in the lymphatic system in massage forms like shiatsu. In anma shiatsu, we were taught specific rhythms that are said to stimulate oxytocin and mirror the normal heartbeat. Touch can be extremely therapeutic in itself where someone has not felt touched on any level or if for instance, one has not felt sufficient holding in early life, for example if the primary caregiver was unavailable or absent. In recent months we have probably noticed more than ever what a deprivation lack of touch represents.

Anma Shiatsu also works with meridians which are energy circuits in the body and which affect the organs such as the heart, liver, bladder, and kidneys, but much more than just these. Blockages can be physical but also emotional, and releasing these can bring relaxation and energy. When there is constriction, even our thinking can be inhibited, and we can feel flat. Breathing out, taking more space, and opening the body can bring us new creativity on all levels. When the Liver meridian struggles we can feel depressed, dull, and uninterested in life around us. When the Gallbladder is unbalanced we may find decision making very hard. (The capital letters here denote the meridian itself which includes but is not limited to the physical organ.)

By using an acupuncture tool called Gua Sha, or even a wooden spoon, we can stimulate the meridians ourselves and bring energy when we feel a lack. Being shown how to do this by an acupuncturist, especially relative to our own patterns of imbalance, may be more effective than trying to discover for ourselves at first. It can be very useful if for example we are getting a cold.

We may practice movement forms such as Tai Chi or Qi Gong which will have a similar effect but, as with skillful acupuncture, these movement forms may further help us by supporting us to feel related to a sense of meaning. Without a sense of meaning and purpose in our life, we may struggle from day to day and lack inspiration or direction. A sense of connection to others and to the world if not the universe can bring a completely different perspective. In shintaido, the movement art which I study and teach, there are many levels of well being which can be affected. Physically we are performing movements that are beneficial, by opening, strengthening, and enjoying new forms that are related to traditional oriental medical principles. Stretching the outside of the thighs can help with gall bladder energy, or opening the chest can help with the lungs for example. We may improve our posture, which will allow the better function of the organs of the body and better breathing. When we are slumped as in front of a computer, digestion can suffer as can energy in general. Stiff necks can bring irritability as well.

Then there is also the grounding effect of such movement, where we feel related to both the earth and the sky, to solidity and lightness. For people who are disconnected from their body e.g. from trauma, this can be profoundly healing. Breathing can naturally deepen and slow, additionally helping those people who find meditation, silence, and instructions to control their breathing impossible or too activating of their trauma.

And in partner exercise - when allowed again - we build up trust, which helps us relax and feel safer with others, and creates social engagement. This brings many benefits as the ventral vagal aspect of the polyvagal nervous system is activated. In shintaido one partner exercise is called seaweed, where one person is the seaweed and one is the ocean, sending energy like an ocean current to the seaweed which receives and follows exactly what is given. This has been called a meditation exercise for two, involving listening deeply to both the other and oneself.

Underlying shintaido are many spiritual ideas and realities which are rarely commented upon directly but are left for us to discover if we so wish. These are very enriching and enhance the sense of wellbeing and even joyfulness.

These days we may experience a rhythm in our lives which is alien to the natural rhythms of the body, not only because it never stops but because it is too fast. This can create immense stress at all levels. When we are activated by a threat we may notice everything speeding up - our voice, our breathing, our movements. At a certain point, if we do not manage to discharge these tensions, we may feel exhausted and go into a collapse state, rather than a restful regenerative time when the parasympathetic aspect of the autonomic nervous system takes over from the sympathetic aspect - the part which reacts to a stimulus by fight or flight. By cultivating a slower rhythm, we may be able to help calm the sense of activation. If we are constantly in such a hyper state we can develop many different physical complaints, from IBS to hypertension. Rhythm is also implied in the way we go from work to recreation, to rest, to play - if we manage those transitions at all.

Walking can be extremely beneficial though when we are tense or stressed, walking very fast may just reinforce that.

So how can we release some of this excess?...

Sleep is a major area where we can improve things a little or a lot. Not using screens or strong light but instead, candlelight can prepare the body to wind down. Then we might do some gentle movement or we might think of a few things which we really enjoyed and appreciated that day. Another practice when lying in bed is to rewind the day as if in a cinema film, either from the end or starting at the beginning and seeing it but not being distracted by the inevitable words and comments which will come. It is difficult to get to the end of a whole day like this!

At times we may need extra support, such as nutrition, or herbs or talking with a friend. Just smiling or receiving a smile from someone be it a friend or a stranger, can have a very positive effect on well being. The immune system is known to be strengthened by laughter.

So I hope these simple comments set off many other ideas which will be useful in promoting wellbeing at all levels and bring you abundance and happiness.