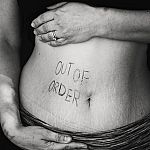 The Brain-Gut Connection: IBS and Hypnotherapy

Ever had butterflies in your stomach?
Have you been so nervous you’ve had to run for the bathroom?

The brain and gut are so intimately connected that your emotional frame of mind is reflected by the state of your digestive tract almost immediately. Conversely, when you are relaxed, the peristaltic action within your gut is steady and efficiently digesting and moving the food through your body.

According to modern neurological science, we have a so-called second brain in our gut called the Enteric Nervous System (ENS). The ENS is two thin layers of more than 100 million nerve cells lining your gastrointestinal tract from the oesophagus to rectum. There are more nerve cells in the ENS than in the spinal cord and between 80-90% of your body’s serotonin – the neurotransmitter which affects mood, social behaviour, sleep, memory and sex drive and function – is located here.

Jay Parischa M.D., director of the John Hopkins Centre for Neurogastroenerology, says that “The ENS doesn’t seem capable of thought as we know it, but it communicates back and forth with our big brain—with profound results.” In the past, it was thought that anxiety and depression, originating in our central nervous system (CNS), contributed to functional bowel problems but research now shows that it may also be the other way round – irritation in the gut sends signals to the brain which triggers mood changes. “These new findings may explain why a higher-than-normal percentage of people with IBS and functional bowel problems develop depression and anxiety,” Pasricha says. “That’s important because up to 30 to 40 % of the population has functional bowel problems at some point.”

So, when we speak of gut reactions towards things, perhaps there is part of our unconscious mind located outside of our brain. Of course, this is speculation but scientific research is discovering links between gut communication with the brain that could point in this direction.

There are estimated to be 6 million sufferers of Irritable Bowel Syndrome (IBS) in the UK. Symptoms vary between individuals but may cause stomach cramps, constipation and/or diarrhoea and bloating. The exact cause of IBS is unknown but it is acknowledged that psychological factors, such as stress, may play a part (1). It appears that, for some of us, the psychological factors perhaps also linked with dietary and lifestyle factors can tip us over into a chronic condition.

Learning to minimise stress, making changes in diet and taking regular exercise have all been shown to improve symptoms. Hypnotherapy has also been widely researched in helping this condition since the 1980s (2) and is now acknowledged by the NHS to be an approved approach if the condition has persisted longer than 12 months without a positive response to drug treatments. Hypnotherapy can help sufferers deal with the emotional and psychological factors and help build a renewed healthy relationship between the two brains – in the gut and in the head.

Dr Roland Valori, of Gloucestershire Royal Hospital and editor of Frontline Gastroenterology, said of the first 100 of his patients treated with hypnotherapy, symptoms improved significantly for 9 in 10 (3).

So, if you, or anyone you might know, has been diagnosed with this condition be aware that a multi-targeted approach, including hypnotherapy, can ease a great deal of suffering